By John Ribovich
From Issue 55 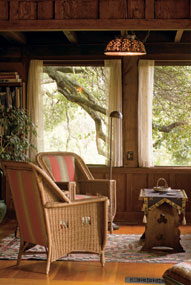 On his way to work in the early years of the last century, architect and UC Berkeley professor Bernard Maybeck would take a path through Berkeley’s rustic Scenic Park tract, often talking to neighbors along the way. In 1906, one of these neighbors, a San Francisco accountant named Herbert Jenness, was building a summer home and would often stop Maybeck and ask for advice.

Legend has it that Maybeck, perhaps weary of the questions (or, more likely, excited by the project), looked at the site, took up a paper bag and sketched out the floor plan for this remarkable house.

The house has all the earmarks of Maybeck’s early work in Berkeley—shingle siding, rustic construction and a pastoral setting. It also has Maybeck’s surprising use of space, which shifts dramatically from dimly lit nooks to bright, expansive vistas. Perhaps this combination of coziness and visual drama, in a quiet rural setting, explains its attraction to generations of thoughtful and creative residents.

Since Maybeck first set pencil to paper, the house has been home to scholars, artists and eccentrics, including a California novelist, an Oscar-winning screenwriter and one of the finest photographers of the Depression era. It has also housed professors, hippies and a large cast of its owners’ friends and relatives over the years. Since 1976, it has been the home of kitchen designer Valorie Olsen, who raised her daughters in sight of the Golden Gate Bridge and U.C. Berkeley’s Campanile while restoring and improving the house and its grounds. 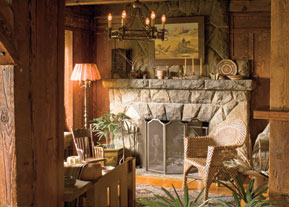 Approaching the house is like looking for the entrance to the Magic Garden. There is no street access, no driveway; only a gate that opens onto a quiet path that wanders between other shingle houses. One enters the house from the back deck, a result of the hilly terrain and sidewalks that were never built. The house itself radiates out in sunny decks and porches from a central lodge-like area of rough fir beams and board-and-batten paneling. The living and dining rooms, with their intimate proportions and rustic woodwork, invite conversation and conviviality.

The brightly lit kitchen, designed by Valorie, is lined with an inviting collection of dishes and plates. Chez Panisse founder and master chef Alice Waters once owned the classic stove that now anchors the room.

The upstairs, rebuilt after a fire in the 1950s, is bright and airy, fringed with greenery like a tree house, a virtual world away from the university and the city. Here one can escape to the bedrooms, the music room or the studio. The house is full of nooks and crannies; places to read or write or play an instrument without audience or interruption. One easily walks from the comfort of a Craftsman fireplace, with built-in benches all around, to a breathtaking view of San Francisco Bay. It’s not surprising that such a house has served as an inspiration for generations of artists, writers and designers.

And yet, for all its virtues, the house is lucky to be standing at all. It has survived several earthquakes and the catastrophic Berkeley Hills fire of 1923. The fire, which began in what is now Tilden Park, spread across North Berkeley on a hot September afternoon and destroyed more than 580 homes before it was extinguished. While there was no loss of life, some 4,000 people lost their homes, and the economic loss was estimated at nearly $10 million. Some say Maybeck, who lost his own home and had many of his best designs destroyed in the blaze, swore he would never build another shingle building. 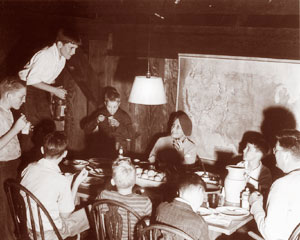 After the fire, a botany professor lived in the house until 1935, when economist Paul Taylor and legendary photographer Dorothea Lange married and moved in, inaugurating one of the house’s most creative periods. Taylor, who had been impressed by Lange’s photography, had invited her to help him with a report on migrant agricultural workers. Working together, the two produced a combination of text and photography so powerful that it prompted the federal government to reexamine its approach to migrant farmers and dedicate funds to building migrant housing. The report became the 1939 book An American Exodus, considered by many to be the most powerful depiction ever produced of the Depression in rural America.

In her biography of Lange, Restless Spirit, Elizabeth Partridge reproduces a family snapshot of Lange happily cooking in the kitchen and another of her curled up on one of the porches. Not surprisingly, Lange found inspiration in the house and shot many photographs from its porches. She loved holidays in the house and decorated it extravagantly at Christmas, a tradition Valorie still observes today. Lange felt so at home that she converted the basement into a darkroom, and some of her most famous photos of the period were no doubt developed there. For Lange and Taylor, the time in the house was one of great productivity.

In 1940, novelist George Stewart, author of Storm, Fire and Earth Abides, moved in. Storm, a best seller in 1941, told the story of a tropical storm from the point of view of the storm. The book not only inspired the Lerner and Loewe song “They Call The Wind Maria” but gave birth to the practice of giving tropical storms human names. A graduate student in the 1920’s, Stewart might well have recalled the Berkeley Hills fire as he began writing his 1948 book Fire, a fictionalized report on a California forest fire.

Lange’s black-sheep brother, Martin, was the next resident of the house. His eccentric approach to remodeling took many forms, including a retaining wall made of whiskey bottles and concrete. (Unfortunately, he also took an eccentric approach to electrical wiring, which resulted in a fire that burned down the original top floor of the building.) He and his wife, Carol, loved entertaining in the house. At weekend gatherings, Martin would play Hawaiian music on the record player while Carol, Hawaiian by birth, danced for guests who sat on the built-in benches across the room.

Throughout the sixties and seventies a variety of people lived in the house, including an architect, a photographer and a commune of hippies. Poet and writer Jeremy Larner, who won an Academy Award for his work on “The Candidate,” also lived in the house at one point. 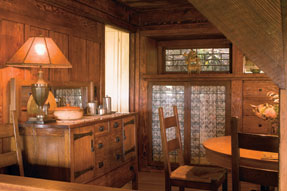 The house’s contemporary period began in 1976, when Valorie moved in. She found a beautiful old home that had suffered from years of benign and not-so-benign neglect. There were no lighting fixtures, just a handful of bare bulbs jutting out from the walls and ceilings. A back door had been hastily, and permanently, sealed with wall plaster. The board-and-batten paneling had been smoked to a wine-barrel black by the fire. Rooms and porches hung off the house at such extreme angles that she had to shim the legs of sofas to make them level. Parts of the original foundation “looked like a troop of Boy Scouts had camped there and built the whole thing in two weeks.”

But she is, by her own admission, the kind of person who would never be interested in a home that is “already done.” Working on the house over the years, for all its difficulty and expense, has changed the course of her life. Although a therapist by training, she was able to use the skills she developed in working on the house to embark on a new career as a kitchen designer. Her studio, in a far corner of the second floor, is filled with blueprints, books and art. The house itself, it seems, has helped her reshape her life and develop her own creative spirit.

“Homes are very parental to me,” she says. “I have all these wonderful houses in my life; my parents’ stucco cottage from the 1930s, the ranch home in Colorado where I grew up; they all connect with this house and tie into my Western heritage.” 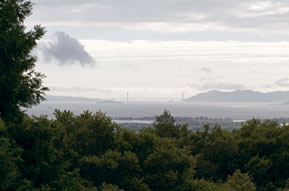 That heritage; her family members were original settlers in Utah and Colorado; is evident throughout the house in cowboy art and Native American textiles. She even has a framed photo of a long-lost ancestor who ran afoul of the law and wound up in striped prison garb.

Valorie has probably lived in the house longer than any other occupant and raised her two daughters here. She delights in remembering their experiences in the neighborhood. The girls would play in the creek that ran near Maybeck’s old walking trail, now short blocks from downtown. They also took dance classes, from a disciple of Isadora Duncan, in the remains of Maybeck’s Temple of the Wings. The woman, a reminder of an earlier community of Berkeley free spirits, would bark out commands while her half-deaf husband pounded out accompaniment on an old piano.

“It’s been a great house. And its downside is really its upside,” she says. “The house is far from the street, and there’s no parking. But you have a kind of privacy unimaginable in a place so close to an urban area. It’s the perfect combination of town and country.”

And the perfect combination of home and inspiration. It’s not too hard to imagine one of the artists or writers who lived here sitting on the porch after a day’s work, looking out over the Bay while someone cooks dinner in the kitchen and someone else plays the piano in an upstairs room.

John Ribovich, a poet and playwright, is drama instructor at Milpitas High School and founding director of Calaveras Repertory Theatre.